Our buddies OK & FL invited us to meet them for dinner last night at China Star. When I looked up directions to the place I hesitated – almost called and asked them to switch to Hong Kong Palace. I realized we’d been there years ago. We met our friends R&AS there one night to explore the Szechuan ma-la offerings. Pretty underwhelming.

Ooops. So much for memory.

China Star has either changed hands or undergone a significant upgrade. Certainly the interior is not at all what I remembered. It’s now simpler and lighter. Much more appealing. But the food? Oh, the food!

We need to return a couple more times in order to move more fully through the menu, but first impressions are HIGHLY promising. Pleen already thinks this may have unseated our previous favorite for Szechuan – Hong Kong Palace.

Pleen pointed out that lots of supposedly Szechuan joints seem to have one flavor to all their food. They pour their red chili oil (perhaps spotted with huājiāo) over dumplings or noodles, use it to braise their fish or lamb, and that’s it. China Star seems to be doing a much more nuanced approach. Lots of differing flavors.

Service was surprisingly pleasant. The place was filled with Chinese families. Portions were huge, and arrived at warp speed from the slamming kitchen. We all ordered soft drinks, a couple of appetizers, and four main course sized dishes. Admittedly, we ordered veggie-only, but still, the cost was $15/head. Looks like working through the rest of the menu is gonna be a deal!

As we started planning our month in Asia, it quickly became apparent that intra-regional air fare would be a major component of the total cost - maybe even a show-stopper. Flying Singapore Airlines is a delight, but too much such delight can empty the wallet quickly.

Enter the low cost airline phenomenon, which has fully hit in southeast Asia. Although there are a number of players in this space, we heard good things about Air Asia. We compared their offerings with conventional airlines. Very quickly it became clear that Air Asia’s pricing could make the difference between “affordable” and “undoable” for the itinerary we wanted. 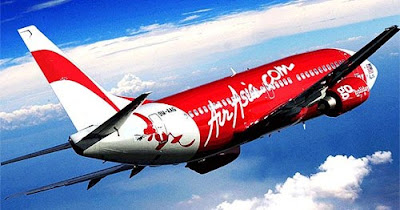 Air Asia’s no-assigned-seat policy (al la US carrier Southwest Airlines) and super-low prices gave us a moment’s pause, but we decided it would make for an interesting experiment.

We flew Air Asia seven times in 23 days. We each checked one bag on every flight. We experienced one delayed departure. No lost bags. We were never stranded or uncomfortable. Service was pleasant and efficient in all cases.

And the prices? Check out what we paid per head (converted to US dollar since Air Asia charges in the currency of the point of departure).

And this is for international standard service on new Airbus and gently used Boeing aircraft. No livestock in the overhead bins (anyone else every flown Daalo Air?). No duct taped control surfaces. The uniforms were even cool.

Air Asia’s motto is “Now Everyone Can Fly”. At these prices? YA!

** Oh, that one delayed flight we experienced? Ya. There was an Air Asia voucher for about 1/3 the cost of the flight in our email box the very next day.

We passed through Singapore three separate times on this trip. Two of them were just brief overnight stops. For those, we crashed at the Crowne Plaza at Changi Airport's newly opened Terminal 3. 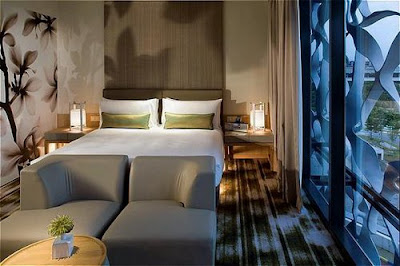 Super slick and wonderfully convenient, we were only sorry that we couldn’t stay longer. Everything from the toiletries in the rooms to the departure screens in the lobby caters specifically to the needs of a traveler. The lobby opens directly into the terminal. Airline check in desks are perhaps 200 meters from the hotel’s front desk. On our last night before returning to the States, thanks to the generosity of our buddy RS, we had a wonderful Cantonese meal at The Imperial Treasure restaurant in the lobby - just the thing to armor us for 20 hours of the culinary train wreck that is United Airline’s food service. This is a great hotel. The only drawback is the cost. If our old friend BL hadn’t gotten us a super-discount rate, we probably couldn’t justify the price.

For our longer stay in town with some friends, we chose the Intercontinental Singapore. 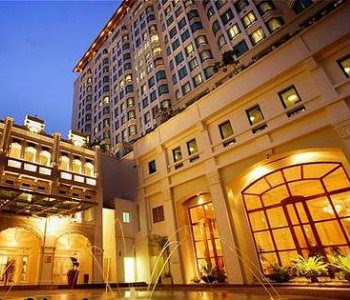 We stayed there perhaps a dozen years back and loved the decor and location. Sitting right atop Bugis Junction, the place is proximate to several different sides of Singapore. While many of the top flight hotels in the area isolate you from the neighborhood, the Intercontinental gives the feel of being in the midst of things. It was perfect for our needs. Unfortunately, the desk made a hash of our carefully coordinated reservations and left us feeling like a nuisance rather than welcomed guests. The final straw was when they attempted to charge us more than the rates contained in our reservations!! The management attempted to salvage the experience on the last day by comp-ing a van for six to the airport, and the concierge and bell staff were wonderfully helpful throughout our stay. Still, after their performance at check-in, I'm not sure if we’ll be back.

While in Singapore, we were "conned" by some of our Singapore friends (who will remain unnamed - you know who you are!) into going to a Fish Spa. Described as a "relaxing" and "cleansing" experience, we all paid for the privilege of being fish bait for 15 minutes. At best, it is a surreal, unsettling and ticklish sensation -- hardly "relaxing." Note the guys in the background laughing as us too!