Heading west out of Rapid City, the Black Hills served notice that we were leaving the high plains behind. The Rockies called six hours ahead.

To open the theme of radical elevation increases, we stopped in to see Devils Tower National Monument. I could feel JB jonesing to join the climbers working up the 1300 foot face. 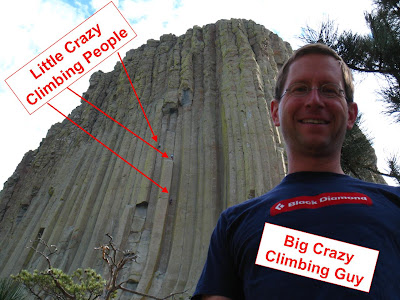 From Devils Tower we headed across Wyoming hoping to make Lander. JB lived & worked there for a while and still has a number of good friends in the area. The etiquette of the region being what it is, this meant that we had to sneak into town to avoid being avalanched with invitations to crash for the night in guestrooms or on spare couches all over town.

By sunset, we were installed on the deck of JB’s friend D while he “mowed the lawn,” which is Lander-speak for drinking cheap beer while the horses graze the grass. We enjoyed a lovely sundowner with views of the Wind River range. D’s girlfriend had just returned from a long work trip, but insisted that we join them for what looked to be a beautiful dinner (organic greens, buffalo ribeyes, great company). Wyoming hospitality being what it is, it took significant work to extract ourselves and avoid ruining their romantic reunion dinner. 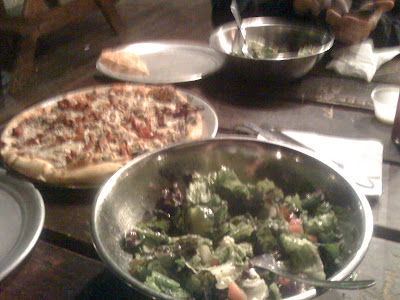 Sitting outside in the cooling evening, this was a great end to another great day.

LOVE the pics with labels of the little crazy climbers!